Minsk was the stage of the most significant MODX event of the year: MODXpo. Nearly 100 people visited the two-day event, which featured talks about bespoke development, technical SEO, MODX and progressive web-apps, connecting hardware with MODX and a vast collaborative session about setting up database deployments for MODX. 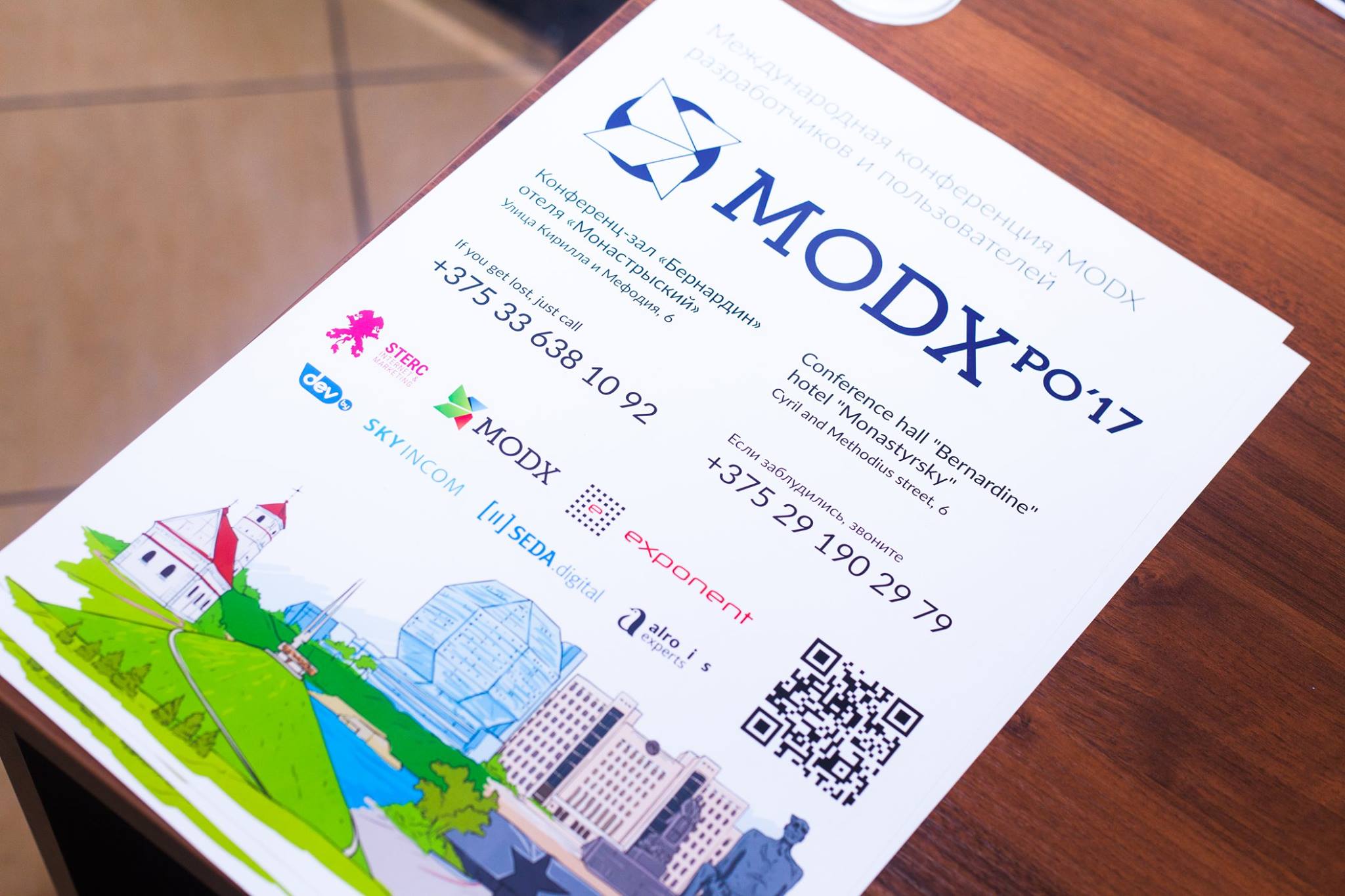 MODX enthusiasts travelled to Minsk from The Netherlands, United Kingdom, Russia, Germany, Ukraine, Lithuania and Switzerland. Five agencies represented the Netherlands, which was a new record. Another highlight was the attendance of the full modstore.pro/modhost.pro crew.

November 11th was the first day, full of talks. Gauke Pieter Sietzema kicked off the day with "The State of MODX", covering the plans of MODX 3: extracting dependencies from the core, making MODX composer installable and UI/UX improvements: new login, an improved dashboard and improvements to the resource-editing screen.

Graeme Leighfield talked about "Bespoke development and design with MODX", showing an award-winning approach to developing websites in MODX. Mikhail Voevodskiy explained how to connect MODX to hardware, and Steven J. McLean showed off how to perform well on technical SEO.

The afternoon featured a talk by Alexey Liber about picking the right tool for the job and Dmytro Lukianenko showed off the current state of Evolution CMS. Ivan Klimchuk did a talk about contributing to the MODX core, which should help people contribute to MODX easier. Vasily Naumkin showed off his workflow, which mostly takes place in an IDE and features heavy usage of Fenom and file elements. Leonid Krylov finished the day with all the ins and outs of modstore.pro and modhost.pro, which both show tremendous growth and commitment from the community.

All talks were recorded and are available online.

The second day was a workshop day, which featured Mikhail Voevodskiy explaining how to build a REST service with MODX. Fedor Makareev and Alexandr Abramov did a workshop on React and MODX, building progressive web-apps. The day ended with a brainstorm session, led by Gauke Pieter Sietzema on selective database sync. We ended up with six possible solutions to finally solve this issue.

Besides two full days of MODX conferencing, there was lots of socializing going on at the pre- and after parties. Highlights were the ever-increasing mix of English- and Russian-speaking people, the commitment of both Revo and Evo community members to a new MODX, the determination of every developer to not create the same thing twice and of course the amount of craft beer Belarus has to offer.

Last but not least: While we're great at communicating during MODX events, we once again were confronted with the fact that communicating outside of events doesn't have enough reach within the community. A lot of ideas were voiced about this and this will definitely be continued!

Below is a small impression of the event. All photos can be found on the Facebook.